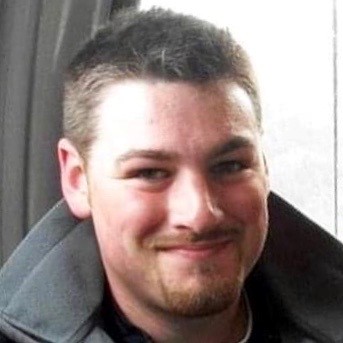 Adam Michael Wright, 31, of Roscoe, Illinois passed away Monday, May 11, 2020. Born October 18, 1988 to Mike and Stacey Wright in Cape Girardeau, Missouri.  He was employed as an electrician and at the time of death was working in Champaign, Illinois. Adam was confirmed in his faith at Roscoe United Methodist Church but rededicated his life and chose to be baptized again as an adult at North Love Baptist Church when he was a member of Reformers Unanimous. Though he battled a powerful addiction for the last thirteen years of his life, Adam remained a fighter who never gave up on himself or his friends. His goal was to organize a ministry called Kingdom Builders to help people find hope over addiction through God and to build transitional housing for them.

Survivors include his parents, Mike and Stacey of Roscoe, Illinois; sister, Melissa (Thomas) Huiner and their son, William, of Clarendon Hills, Illinois; and grandparents, Charles and June Wright of Willowbrook, Illinois. He was predeceased by grandparents, Wayne and JoAnn Flannigan of McLeansboro, Illinois. His aunts, cousins, and large extended family and friends were an anchor and joy to him.

A celebration of life will be held at a later date. In lieu of flowers, memorials may be given to the family for an offering to help others in Adam's name.

To send flowers to the family or plant a tree in memory of Adam M. Wright, please visit our floral store.

Family to do services at a later date