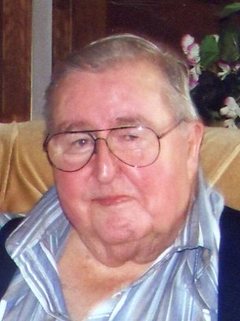 Thomas W. Singletary, 82, of Beloit, Wisconsin, passed away on February 5, 2014 at Beloit Memorial Hospital as a result of a brief, devastating illness.  Born and raised in South Beloit, Illinois, the third child of Della (Wessell) and Elton Singletary.  Tom attended the local schools, graduating in 1949 from South Beloit High School.


He married Mildred Fulton in 1950 and to this union were born two daughters, Pamela and Debra.  In 1962, Mildred lost her battle with cancer.  In 1964, Tom and Eleanor (Stultz-Sager) married.  He immediately became a loving father to her children, Nikki, Tom, Tim and Annette (deceased infant).  Two families became one, and into this blended union was born a son, Mark Thomas.


In his adult years, Tom was employed by Barber Coleman as a machinist, Muller Pinehurst Dairy as a milkman and he retired from Gardner Machine Company as a machinist.  Retirement saw Tom venturing out to follow his dreams.  They moved to Lakeview, Arkansas to enjoy milder winters and good fishing.  After 11 years, they returned to this area to be close to family as health issues arose, making their home in Beloit, Wisconsin.  He loved his family and was so proud of each one of them.


Funeral service will be Saturday, February 15, 2014 at 11:00am, with a visitation starting at 10:00am, in Honquest Family Funeral Home with Crematory, Roscoe Chapel, 11342 Main Street, Roscoe, IL 61073.  There will also be a visitation at the funeral home Friday night, February 14, from 5:00pm to 8:00pm.  In lieu of flowers, memorials may be made to Beloit Regional Hospice.  Burial in Roscoe Cemetery.

Family to do services at later date