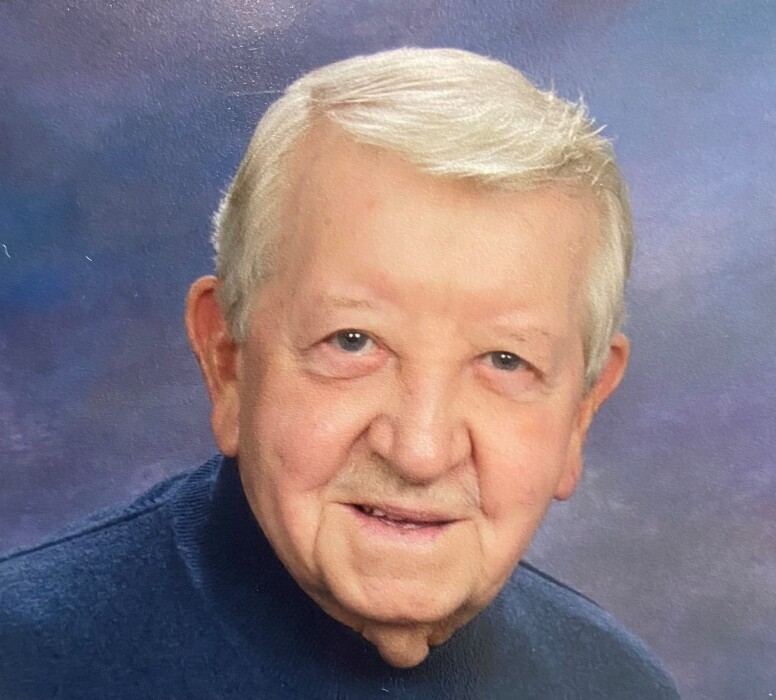 Walter Houck, 86, of Roscoe passed away Sunday, January 2, 2022 at his daughter’s home where he had been receiving loving care for several weeks following a series of illnesses. Born June 30, 1935 in Woosung, IL to John and Sadie (Farster) Houck, he was the 7th of 13 children. Coming from very humble beginnings he learned to appreciate the simple things in life, most importantly his family, neighbors, and friends. Walt enlisted and proudly served 4 years in the United States Air Force during the Korean War and was stationed at bases in various countries. Walt married Sandy Reid in Dixon, IL on April 6, 1962. They were married for nearly 57 years prior to her passing on January 5, 2019. After that, Walt worked almost 40 years for the State of Illinois before retiring as Chief Engineer of the Singer Mental Health facility in Rockford. Following his retirement from the State, he worked several years at the Tebala Shrine Temple. He was a proud lifelong Mason and Shriner who worked his way up to the rank of Colonel in the Tebala Air Squadron. As a member of the Air Squadron he devoted countless hours to driving the mini-jets in hundreds of parades to raise money for the Shriners Children’s Hospitals. He was a very patriotic man who had a beautiful, award winning display of flags in his yard.

This patriotism also led him to participate in the VetsRoll trip to Washington DC in 2014. He was so moved by the experience that in the following years he paid to sponsor underprivileged vets so they could get the same experience.

Walt was also very active for many years pitching horseshoes at the Roscoe VFW and the Beloit Horseshoe Club. He was class champion many times and traveled to over 50 cities in 7 states to compete in tournaments.

Walt was a generous family member and friend to all, including the many animals he cared after. He was a doubles champion with his grandson, John Phoenix and they have a commemorative brick at the National Horseshoe Hall of Fame. He was an avid supporter of all his children’s and grandchildren’s activities and could often be found sitting in the bleachers cheering or in the audience applauding performances.

Visitation will be held from 4:00 pm – 7:00 pm Friday, January 7, 2022 in Honquest Family Funeral Home with Crematory – Roscoe Chapel, 11342 Main Street, Roscoe. Private family services. Burial in Willowbrook Cemetery, Roscoe. Masks required. A celebration of life will be held at a later date. In lieu of flowers, memorials may be given to Shriners Children’s Hospital or to VetsRoll.

To send flowers to the family or plant a tree in memory of Walter Houck, please visit our floral store.