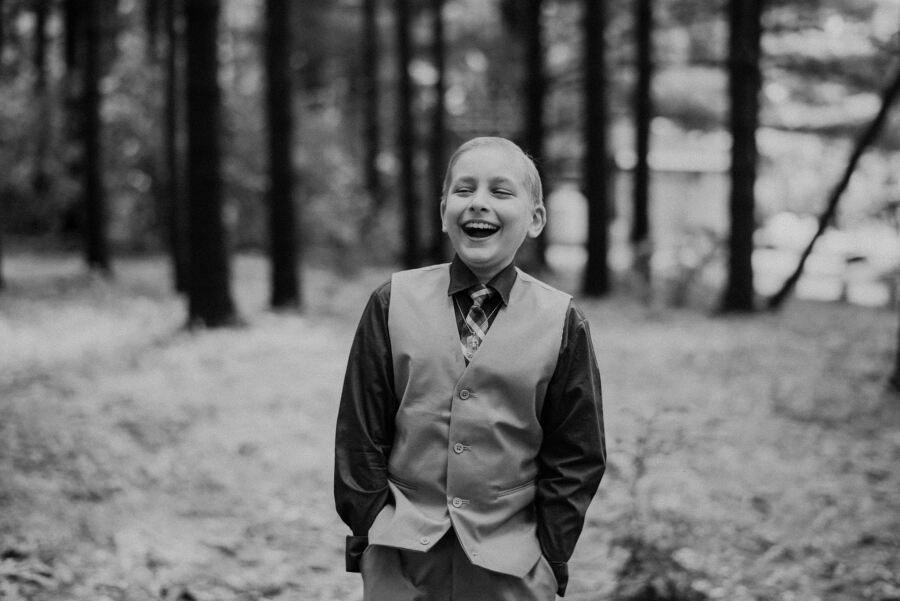 Tyler Edwin Levine departed for Heaven’s best beach on Sunday, September 26, 2021, surrounded by his family. There was never a dull moment with Tyler, even from before he was born. He loved to hear about his birth story, where he broke his mama’s water 3 weeks early, but then decided he was comfortable where he was. After 30 hours of labor, Tyler was born on July 16, 2008, to Jason and Alisha. As a toddler and young child, Tyler was silly and gregarious. He was obsessed with dinosaurs and dragons, and loved to sing and dance to “his” playlist in the car. As he grew older, Tyler amassed a huge collection of Lego and Pokémon cards.  He was a super gamer, and loved to play Minecraft, Roblox, Fortnite, and Pokémon Go. He loved Star Wars, and watching YouTube. He had a tender heart, and loved animals, especially his cats Cookie and Pepe, and his dog Burton. He attended Rockton Grade School, and later Loves Park and Rock Cut Elementary, and was enrolled to start at Harlem Middle School.

When Tyler was 6, he was diagnosed with Ewings Sarcoma, a rare form of childhood cancer. He fought bravely for almost 7 years, enduring endless chemo, blood transfusions, radiation, and surgeries. Through it all, he never lost his gentle spirit. He took pride in being able to make friends no matter where he was, and his friends became his greatest source of joy. Tyler was treated at Lurie Children’s Hospital in Chicago, and throughout his journey, there were so many nurses, doctors, and other staff that became like family. Tyler loved going to the Ronald McDonald House, and participating in all of the activities and special nights. He had a wicked sense of humor, and his go to was his infamous “sea mop” knock-knock joke. Even at the end of his life, Tyler wanted to make sure that everyone around him was okay, and had an eagle eye for anyone who even thought about crying.

Tyler is survived by his parents, Jason and Tiffany Levine; and Ben and Alisha Fisher. He was the best big brother to Lilly, Elizabeth, and Isaac. He is also survived by grandparents, Carol Zintl, Thomas and Mary Dowrick, Rich and Carol Fisher, and Bonnie Peterson; as well as numerous aunts, uncles, cousins, friends, and his special BFAM Brayden Bolthouse. Welcoming him into heaven was his grandpa Michael Zintl, and his kitty Dusty.

Tyler was the brightest ray of sunshine, and he was so much more than the disease that took his life. He was taken way too soon, and will be loved and missed always.

In lieu of flowers, memorials can be made to K-Cancer Softball, Cal’s Angels, and the Ronald McDonald House near Lurie Children’s Hospital. All 3 of these organizations meant a great deal to Tyler, and did so much for him during his fight.

To send flowers to the family or plant a tree in memory of Tyler E. Levine, please visit our floral store.