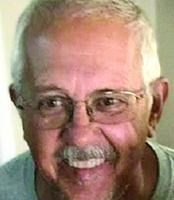 Thomas Earl Crandall, 67, died unexpectedly December 18, 2020, at Saint Francis Hospital, Cape Girardeau, Missouri. He was born September 22, 1953 in Rockford, Illinois, the son of Earl and Colleen (Kane) Crandall.  Tom graduated from West High School, Class of 1972. Following graduation, he worked as a Tool and Die Maker for such companies as Amerock, Empire Berol, Invensys and retired with Crandall Stats and Sensors. On June 27, 1987, he married the love of his life, Shirley, celebrating 33 years of marriage this year. Tom was an avid bowler and he could often be found at Park Lanes with his Brother Pat. When free moments presented themselves, Tom could be found tending to his lawn, or cruising in his Corvette or on his Harley Davidson. In addition to his hobbies, Tom enjoyed watching NASCAR and his beloved Chicago Cubs. He made friends easily and was known for his easy-going personality that endeared him to everyone he met.

He is preceded in death by his parents. Surviving in addition to his wife, Shirley, are his brother, Patrick, of Machesney Park; his sons, Ryan and his wife, Terra, of Rockton, Jeremy Crandall and his wife, April, of Poquoson, Virginia; daughter, Tammy Sanders of Rockford; five grandchildren, Tonya Wallin, Cameron Crandall, Lincoln Crandall, Austin Crandall, and William Crandall.

Memorial visitation will be held from 4:00 p.m. – 7:00 p.m. Thursday, September 16, 2021 in Honquest Family Funeral Home with Crematory – Roscoe Chapel, 11342 Main Street, Roscoe. Private family burial in Calvary Catholic Cemetery. Those who wish to remember Tom may make gifts in his memory to the Autism Hope Alliance at www.autismhopealliance.org or the Charge Syndrome Foundation at www.chargesyndrome.org.

To send flowers to the family or plant a tree in memory of Thomas Earl Crandall, please visit our floral store.