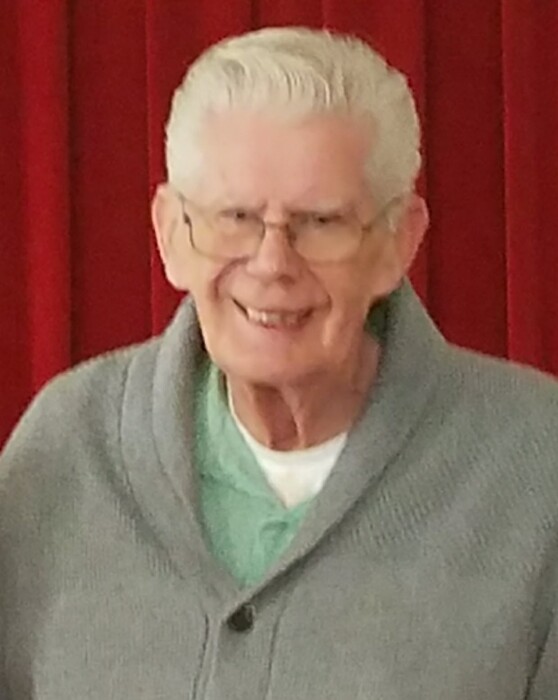 Robert E. Mueller, 77, of Rockford, passed away Saturday, May 16, 2020. He was born on March 9, 1943 in Chicago where his father was stationed with the Army. He grew up in Polo, IL and Ottumwa, Iowa. As an infant, Bob became a child of God through the waters of Holy Baptism. He confirmed his faith as a youth at First Lutheran Church in Ottumwa. He often commented that he liked his name because it spelled the same both forward and back...B-O-B or B-O-B. He moved to Loves Park as a young man and worked in various factories. While visiting relatives in Iowa, he met "the most wonderful woman in the whole USA" and they married three months later on November 4, 1967. Remaining true to the vows they spoke that day, their marriage lasted through all of the humps and bumps of life, and she was always his and he was always hers. Shortly after their marriage, Bob accepted a job with Woodward Governor, and he returned with his new bride to the Rockford area. It became their permanent home. Bob found great pleasure and fulfillment in his career at Woodward, where he was affectionately known as Gage. Bob retired in May, 2009, after more than 41 years of employment. Concordia in Machesney Park was their church home for 33 years where Bob was active in Bible studies, ushering and served on several boards and offices. For the past 17 years they have been members of St. Paul Lutheran Church. Even as illness stole Bob's memory and body, as often as possible, Sunday morning found him sitting in the pew, speaking familiar words he could no longer read. As he became home bound, visits from his pastors provided peace and comfort with Words and Sacrament. He considered being a daddy to Kris and Amy as one of his greatest accomplishments. He was so proud of watching them grow from babies to teenagers to adults. He was always a strong shoulder to lean on when they needed one, a firm disciplinarian when they deserved it, and a big old softie when they wanted something. He was also a great help with all those math problems. He welcomed another man into his family when he gained his son-in-law, Chuck. In his later years, his greatest joys came from his role of "Poppy" to his grandchildren, Grace and Elijah. When they were toddlers, he was equally comfortable crawling in circles on the floor or sipping tea from a very small cup, with his pinkie in the air. As the children grew older, he rarely missed a school concert, birthday celebration and especially the Boone County Fair where he rode the ferris wheel with Grace, played games with Elijah and ended the evening with ice cream, dripping down onto their hands and clothes. Two of the highlights of their time together were trips to Creation Museum and Disney World. Those times were extra special because without their parents around, he could spoil them "real good." Bob served in the U.S. Army Reserves and was honorably discharged in 1969. He was a loyal fan of the Chicago Bears, and spent many Sunday afternoons glued to the TV. Their house was always more pleasant when the Bears had a win. Known as Bobby to his siblings, he was the oldest of what became a blended family. When he was in his teens, two more sisters and a brother joined the family. Sadly, over the years he lost contact with a sister and brother, but remained close to the others. When they were together, reminiscing about their childhood was his favorite conversation topic. He dearly loved his in-laws, and thoroughly enjoyed his visits with them. Bob always looked forward to Tuesday morning coffee with his neighbors, and playing cards and spending Christmas Eve with long-time friends. Bob was honest and hard-working, firm but fair, caring and kind. A good man. And he was loved.

Funeral service will be held on Thursday, May 21, 2020 at 11:00 a.m. in Honquest Family Funeral Homes with Crematory, Mulford Chapel, 4311 N. Mulford Rd., Loves Park, Illinois 61111 with Rev. Frank Ciprys officiating. Visitation will be held from 10:00 a.m. until time of service. Private family burial at Sunset Memorial Gardens. Memorials can be made to the Rockford Rescue Mission or ELCA World Hunger.

To send flowers to the family or plant a tree in memory of Robert E. Mueller, please visit our floral store.