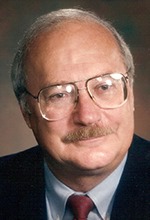 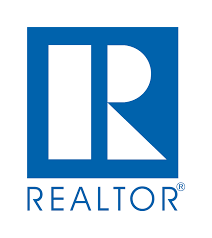 Richard "Dick" J. Crosby died Monday, September 14, 2020 at the age of 92.  Dick was born December 21, 1927 at SwedishAmerican Hospital, Rockford, IL, to John S. and Carolyn Z. Crosby.  Dick graduated from West High, Class of '45, and Michigan State College (now University) in May, 1950. Dick enlisted in the Army in 1945 and served in the Army Air Corps in Tokyo, Japan and Okinawa as a weatherman.

In March of 1949 Dick married Barbara Erickson and together they had four children, Phillip, Mike, Mark and Michelle Crosby.

Dick had three business careers: 1) From 1956 to 1963 as an owner and employee of Ace Hardware, Manufacturing; 2) From 1963 to 1975 with Lear Sigler as Vice President of Marketing for the HVAC Division, President of Vulcansord Division in Torbor, Netherlands and group executive for HVAC Corporate for Lear Sigler; and 3) From 1973 to present, Dick's third career was Real Estate.

In October of 1979 Dick announced his candidacy for U.S. Congress for the Republican Primary against Lynn Martin.  While he lost to Lynn Martin, Dick focused on his conservative principals and the need for a business owner candidate in Congress.

On July 9, 1988 Dick married Jean Denny Licary, with her 11 year old daughter, Jessica.  Because of their age difference, some said the marriage would never last.  Little did they know.  Dick and Jean bought their home in June of 1988 and jointly refashioned it over the past 32 years to a perfect place to live.  They never had an argument (Dick always gave in to Jean) and enjoyed a martini, sometimes two, sharing with each other the events of the day on their deck or in their family room.  Truly, the loving marriage was unique.  Jointly they built their real estate business and Dick served as President of the Rockford Area REALTORS in 1987 and President of the Illinois REALTORS in 1993.

Funeral service will be at 1:30pm with a visitation from 10:00am to 1:00pm on Saturday, September 19, 2020 in Honquest Family Funeral Home with Crematory-Mulford Chapel, 4311 N. Mulford Road, Loves Park.  Masks are required and please observe social distancing.  Private burial in Willwood Burial Park.  In lieu of flowers, please send memorials to Rockford Rescue Mission in Dick Crosby's name.

To send flowers to the family or plant a tree in memory of Richard "Dick" J. Crosby, please visit our floral store.