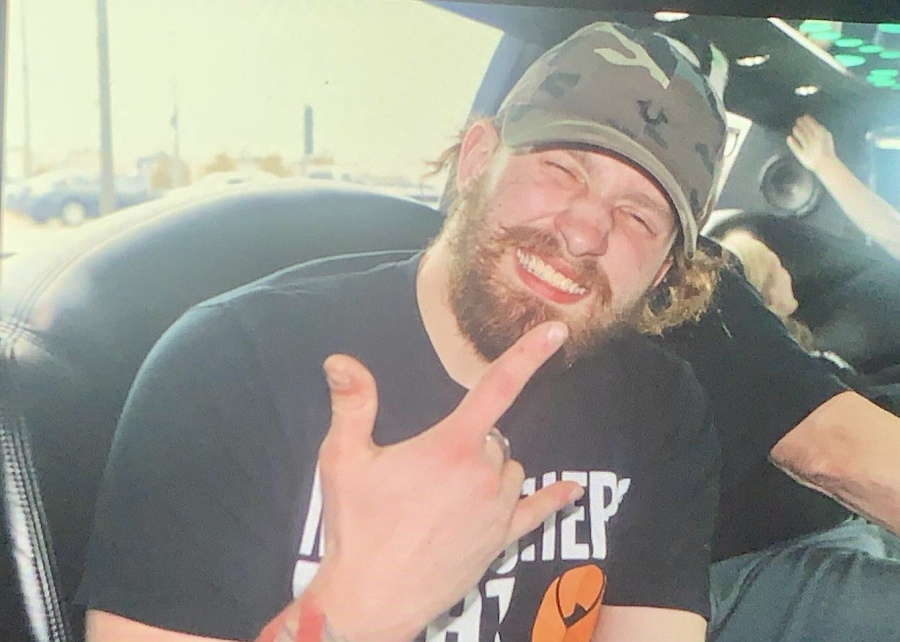 Peyton Keith Withrow, 21, of Machesney Park, passed away Friday, June 4, 2021. Peyton was born October 8, 1999 in Rockford to Melissa Morrison and David Withrow. Peyton attended school in the Harlem District from Kindergarten until his junior year in high school except for his 8th grade year when he attended Roscoe Middle School. His junior year in high school he home schooled and attended class online through Penn Foster High School. Peyton graduated from Penn Foster High School in 2019. Peyton recently attended Rockford Career College’s Welding program where he was slated to graduate in July 2021.

Despite being paralyzed from the waist down due to a car accident in 2007, Peyton never complained or questioned why he was dealt such bad cards. In fact, people that know Peyton know that the words “why me” were never a part of his vocabulary. Because he had such a positive outlook on life, Peyton changed many people’s views on the world.  He lived by the motto on his arm “There’s nothing you can’t do”. Peyton believed that it’s not the years in your life, but the life in your years, and he used this motto to live every minute of his life to the fullest. This positive energy that Peyton carried with him drew many people to enjoy his company. Peyton loved his mother and brothers more than anything.

Peyton always had a special relationship with his Grandpa Jeff and his cousin, Brendyn. Grandpa was the “Big Guy” and Peyton was the “Little Guy”. Mr. P., as he was referred to, found his first best friend in his cousin Brendyn and they remained inseparable. Peyton had special connections with so many people he met because people were drawn to his positive energy and uplifting spirit everywhere he went.

Peyton loved his dogs: Annabelle, Toby, Jumanji, Leona, and Tinkerbell.  He was an avid Cubs, Bears, and Hawks fan. Peyton was adventurous and fearless in everything he did: dog sledding, sled hockey, mono skiing, middle school football, tubing, adaptive water skiing, fishing, and camping.  Peyton loved sitting by the bon fire telling stories with his family and friends. Peyton was a member of the Rockford Junior Chariots basketball team where he achieved a National Wheelchair Basketball Championship title. Peyton also participated in the triathlon that his aunt and uncle organized in Peyton’s honor to benefit Shriners Hospitals for Children.

Peyton made the world a better, brighter place, and certainly is the beacon of light in all of our lives.  Peyton’s memory will forever be that light for all of us.

To send flowers to the family or plant a tree in memory of Peyton Keith Withrow, please visit our floral store.