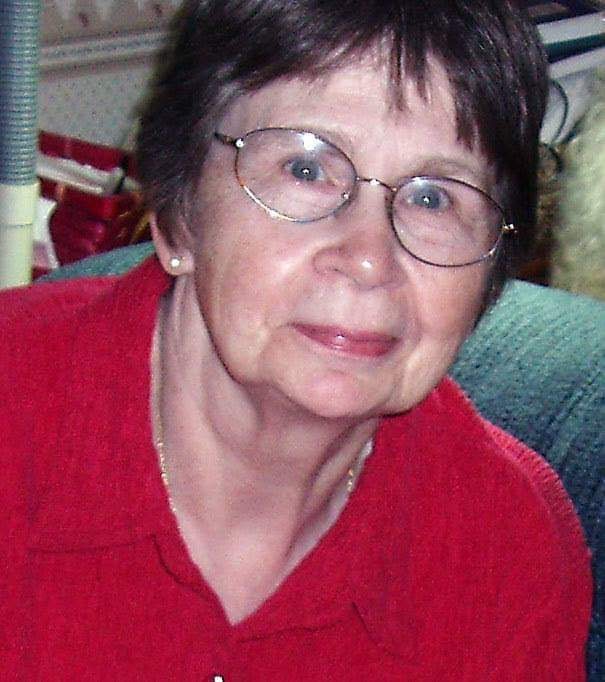 Margaret E. “Scotty” Moran, 84, of South Beloit, passed away peacefully in her daughter’s home on October 11, 2020 in Madison, WI. She was born in Janesville, WI on August 6, 1936. She was the oldest of four daughters to Henry and Helen (Armstrong) Scott.

On December 24, 1955, she married the love of her life, William Matthew Moran in Clarksville, TN while he was serving in the 11th Airborne. She wanted to be a mother and have a lot of kids when she was a child. Together they raised four daughters. She rounded out her life with education, promoting women’s rights and social fun. While in Janesville, WI Margaret worked in the offices of Mercy Hospital, Hufcor and Prent Corp. Margaret found her niche at Woman’s Space in Rockford, IL. She looked forward to spending time with the ladies in her “seeker group.” She was the very best of listeners and seldom gave advice. The listener was heard, respected and was safe sharing with her. Margaret will be missed by many.

A Celebration of Margaret’s life will be held on what would be her 85th birthday, August 6, 2021 on the farm where she grew up in rural Footville, WI. Specific times will be announced. Memorials may be given in Margaret’s name to Woman’s Space, 3333 Maria Linden Drive, Rockford, IL 61114.

To send flowers to the family or plant a tree in memory of Margaret E. "Scotty" Moran, please visit our floral store.

You can still show your support by sending flowers directly to the family, or by planting a memorial tree in the memory of Margaret E. "Scotty" Moran