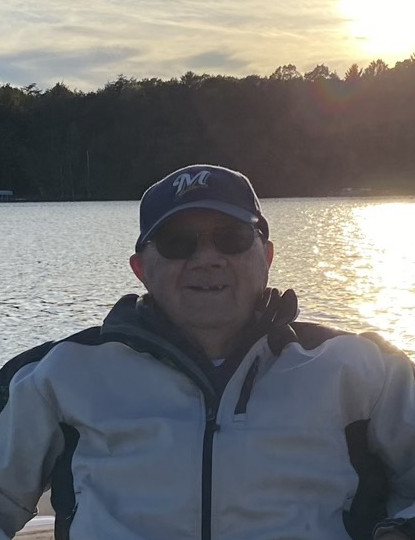 Les attended Stillman Valley High School and Rockford Business College. He served in the Army, was a veteran of the Korean War, and was a Third Degree, Master Mason. Les married the love of his life, Joan Cobb, on January 16, 1954, in Rockford, Illinois. Together they had three children, Susan, Darlene, and Jeffrey.

Starting in 1954, Les owned and operated multiple Dixie Crèam Donut shops in the Rockford area for many years with his wife, Joan. After selling the bakeries, Les continued working in the industry for Dixie Cream Company in sales and often traveled to establish satellite bakery franchises in the S/SE United States before retiring. After retirement, Les also provided consulting services to the bakery franchises.

Les loved the outdoors. He was an avid fisherman and hunter, enjoyed kayaking and camping, and spent many years in membership and service at Kapota Sportsmen Club. Les had his pilot’s license and enjoyed anything to do with airplanes. He was also a big history buff and loved to read anything related. Les’ great baking expertise was enjoyed by many as he loved to bake and share with family and friends.  His biggest joy though was his family and spending time with them - whether it be going up north fishing, getting together for cookouts, or just going for a drive to be together.

In lieu of flowers, donations may be made to the family to purchase a memorial bench in honor of Lester and Joan Holt.

To send flowers to the family or plant a tree in memory of Lester J. Holt, please visit our floral store.

A Memorial Tree was planted for Lester