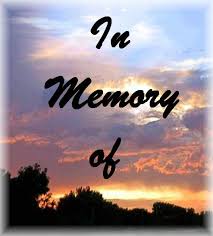 Larry J. Gray, 72, of Machesney Park, passed away Wednesday, September 28, 2022. Born in Salem, IL on December 27, 1949, to James and Virginia (Tutt) Gray. Larry attended schools in Rockford, graduating from Auburn High School in 1968. He continued his education at Maranatha Baptist Bible College in Watertown, WI, where he met his best friend and wife, Virginia "Ginny" Goetsch. They were married on June 12, 1970.

Larry worked for Ingersoll Milling Machine Company and Sundstrand Aviation in Rockford. In the fall of 1976, Larry trusted Jesus Christ as his personal Savior. Several years later the Lord directed him and his family to be involved in several church ministries, including Navajo Indian mission work in New Mexico. He served as assistant Pastor in several Baptist churches in the Four Corners area. For the past 11 years, Larry was an active member of Heritage Baptist Church in Roscoe, IL.

He is survived by his wife, Ginny of Machesney Park; their daughters, Sherry (Ken) Windsor and Valerie (Chris) Windsor of Knapp, WI; four grandsons, Dylan, Clayton, Nolan (Erica), and Brandon Windsor; mother-in-law, Eunice Goetsch; and several aunts and an uncle.  His parents and father-in-law preceded him on to glory.

Larry wanted everyone to know that he was not perfect – just forgiven!

To send flowers to the family or plant a tree in memory of Larry J. Gray, please visit our floral store.