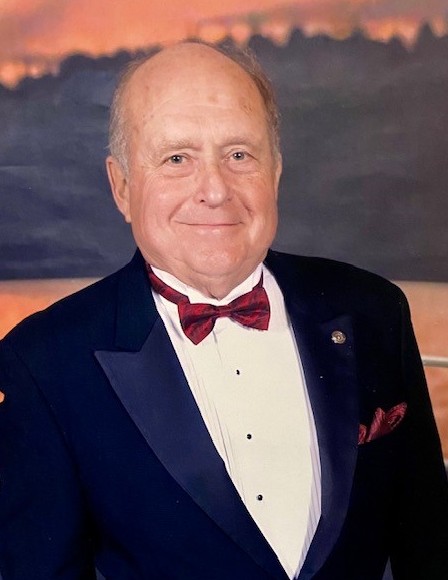 After finishing his apprenticeship as a tool and die maker he worked in several places, including Fairbanks Morse, Beloit, and Parker Pen, Janesville. He ended his working career at Chrysler Corporation in Belvidere, working there for 32 years. He made many close friends at Chrysler, thinking of them as family. He also served the Beloit Township for 40 years, first as Township Assessor, then a member of the Township Board and finally as Town Chairman.

John was a man of many interests. He was very creative, delving into woodworking projects, finishing several trunks and making wooden Christmas decorations for his grandchildren. He rebuilt a 1928 Model A Ford. He had a great love of travel – Europe, Hawaii, Alaska, Panama Canal and many different Caribbean islands. Another love was spending winter months in Orange Beach, Alabama. He enjoyed hosting an annual Christmas Party with his wife and helping with the food preparation. He had a wonderful sense of humor and entertained his friends and relatives with many humorous anecdotes from his childhood.

John is predeceased by his parents; his sister, Marion; and brother, Bob.

Memorial service will be held at 10:30 a.m. Friday, April 23, 2021 in Cross & Crown Lutheran Church, 7404 Elevator Road, Roscoe with a visitation from 10:00 a.m. until time of the service. Contributions may be made to the American Heart Association in John’s name.

To send flowers to the family or plant a tree in memory of John Louis Walters, please visit our floral store.