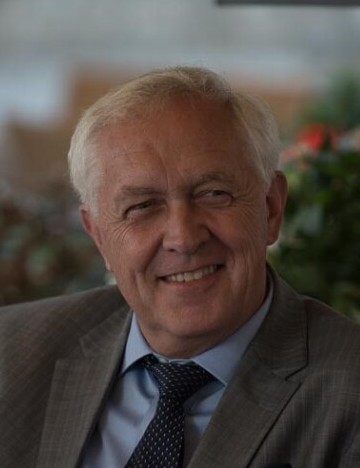 Jerry Lynn Robinett of Cherry Valley, IL was a loving husband, father, son, uncle and best friend to many. Jerry went to be with the Lord on April 20, 2021 at the age of 69, joining his sister Kaye (who is likely already pestering him again).

Jerry was known as “the favorite.”  The favorite student, favorite coach, favorite uncle, favorite nephew, favorite in-law and most importantly a hero to his wife and kids.

Jerry was born to LJ Robinett and Louise (Lowe) Mobley on May 26, 1951 in Rockford, IL. He graduated from Guilford High School in 1968, he then went on to attend Rock Valley and NIU. After college, Jerry worked for Eagle Foods where he met his wife Debbie (Burke) Robinett (married 47 years). They raised two children, Carrie and Nolan. Jerry owned a Brownberry Bread route and multiple Baskin Robbins stores in Rockford.

Jerry was known for his extremely kind spirit, generous heart, gentle smile, corny dad jokes and his ability to quickly make friends with everyone he met. He loved coaching Nolan and his friends’ baseball and basketball teams, watching Chicago sports, golfing with his best friends at Westlake and hanging with his “brother” Ric.

Jerry loved God and his family more than anything else. Carrie will always be his Carebear and Nolan his Homey. After retiring 6 years ago, Jerry enjoyed traveling to visit his mom in Arkansas, his daughter in Florida and his son in California. He and Debbie just purchased a home in Florida and were planning to move down the street from Carrie in September.

A service will be held to celebrate Jerry’s life on Thursday, April 29, 2021 at 12:30 pm, preceded by a visitation from 10:30 am to 12:30 pm at Honquest Family Funeral Home with Crematory – Mulford Chapel, 4311 N. Mulford Road, Loves Park, IL 61111. Burial in Sunset Memorial Gardens. In lieu of flowers, donations may be made to Jerry’s favorite charity, Kids Around the World.

To send flowers to the family or plant a tree in memory of Jerry Lynn Robinett, please visit our floral store.