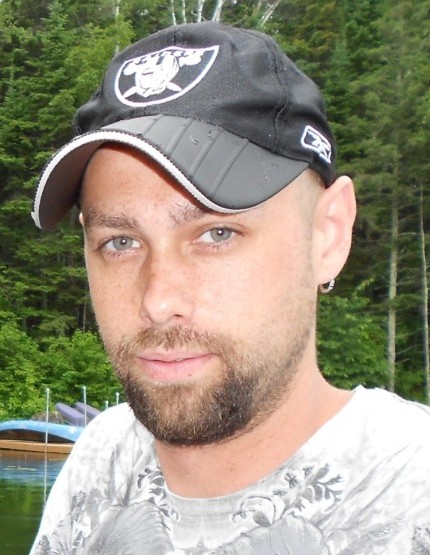 Jason Gieraltowski passed away unexpectedly at home in South Beloit, IL, on January 10, 2022, at the age of 42. Jason is survived by his daughter, Kayleigh Gieraltowski; his parents, John and Mary Gieraltowski; his sister, Stephanie (Dan) Marsh; his brother, Justin Gieraltowski (fiancé Sarah Williams); his niece, Lydia Marsh; and his nephew, Luke Marsh. He is preceded in death by his grandparents, Chester and Helen Gieraltowski and Edward and Mary Kappel.

Jason was born in Winfield, IL on October 26, 1979, to John and Mary Gieraltowski. Jason grew up in Plato Center, IL, and graduated from Burlington Central High School in 1997. Jason worked as a veterinary technician for many years before finding his passion as the assistant store manager of a local Walgreens. He took great pride in his position and in his ability to communicate with his customers to meet their needs.

On January 20, 2014, Jason became a father. Jason deeply loved and cherished his daughter, Kayleigh, more than anything else in his life. Her happiness drove his own, and they could frequently be found laughing together at arcades, pumpkin patches, and bouncy houses. When at home, they spent their time crafting, watching movies, and playing board games. He was proud that she had just learned Monopoly. Jason was a devoted father and uncle, who valued spending quality time with his daughter, niece, and nephew. Jason and his family took many fishing trips over the course of his life, including annual trips to Northome, Minnesota. Many of his family’s fondest memories of him took place in a fishing boat or a lakeside cabin. Jason will be deeply missed by his family.

To send flowers to the family or plant a tree in memory of Jason, please visit our floral store.