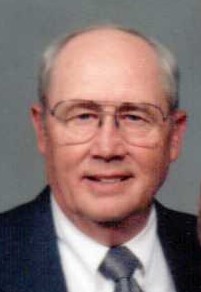 James spent 21 years living on the Missouri-Arkansas state line and worked as a taxi driver in Corning while working at his father's saw mill.  James married Opal Mae Hayes of Corning, Arkansas on July 11, 1948.  They spent three years in Aransas Pas, Texas, where James worked at United Carbon Company and a full service gas station.  They moved to the Rockford area about 1953 where James worked at Barber-Colman before owning and operating his own water well drilling business.  James liked to golf, fish, go to church, and spend time with his family.

To send flowers to the family or plant a tree in memory of James A. Hinkle, please visit our floral store.

You can still show your support by sending flowers directly to the family, or by planting a memorial tree in the memory of James A. Hinkle
Share a memory
© 2021 Honquest Family Funeral Homes. All Rights Reserved. Funeral Home website by CFS & TA | Terms of Use | Privacy Policy