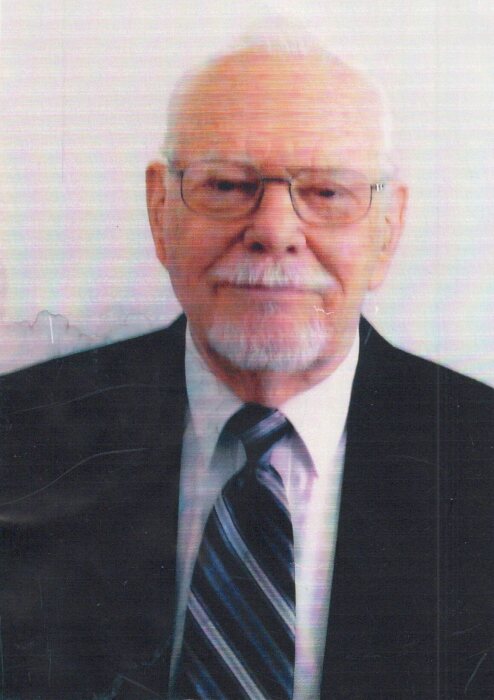 F. Clair Dietz, 102, of South Beloit passed away Tuesday, August 18, 2020. The singing mailman is now singing before his Lord and Savior Jesus Christ. He was born on August 3, 1918 in Bayard, Iowa to Earl D. and Fay (Cully) Dietz. He moved to Wisconsin in a horse drawn covered wagon in the 1920's. Clair joined the Civilian Conservation Corps in Northern Wisconsin during The Great Depression. After Pearl Harbor he volunteered for the Army. He served from 1942-1945 in the South Pacific including the occupation force in Japan. After the war he fulfilled his dream of becoming a pilot. He enjoyed flying and one plane he flew was called the Piper Vagabond. He began to attend The Peoples Church in Beloit, Wisconsin and became the male soloist on the Good News Broadcast. Beloit Daily News did a story on Clair's experience with the broadcast. Clair worked heavy construction for JP Cullen when he met his wife, Sylvia Grim. They married on July 27, 1957 in The Peoples Church. In the late 1950's he joined the United States Postal Service. Upon his retirement, he and his wife began volunteering at Fair Oaks Health Care Center where he would sing and give inspirational speeches for 33 years. He was also an active member of Fellowship of Christian Magicians for 30 years. In 2013 he went on the Vets Roll trip to Washington D.C. where he was honored for his service. That year he was also honored at the State Capitol in Madison, Wisconsin. In 1979 he began attending Heritage Baptist Church in Roscoe and was an active member of their music ministry.

Funeral service will be held on Monday, August 24, 2020 at 11:00 a.m. in Heritage Baptist Church, 12848 Willowbrook Rd., Roscoe, Illinois 61073 with Pastor David Anderson officiating. Visitation will be held from 10:00 a.m. until time of service. Masks are required. Burial in Floral Lawn Cemetery, South Beloit.

To send flowers to the family or plant a tree in memory of F. Clair Dietz, please visit our floral store.