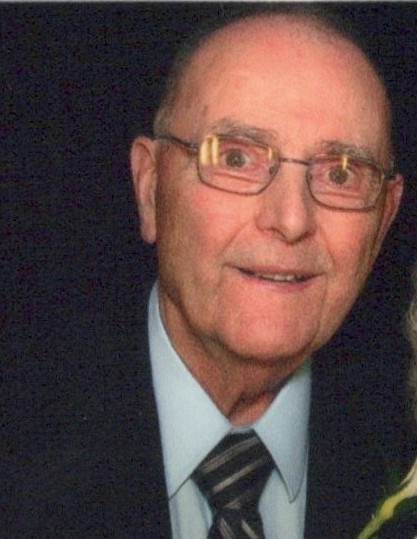 Edwin C Hogan, 94, of Rockford, passed away on January 4, 2022 in Medina Nursing Center, Durand. Ed was a life-long resident of Rockford, IL, born to Edwin and Jessie Hogan on July 13, 1927. He married Jane Gozdzialski on October 7, 1950 at St Stanislaus Church in Rockford. They were married close to 70 years when Jane died August 7, 2020. Employed as an engineer at Greenlee Textron for 20 years before retiring in 1992. Prior to that, he worked for 18 years in the family business Edwin Hogan & Sons Contractors, and for 9 years in engineering at BVR. Ed enjoyed his membership in The YMCA Retired Men’s Club. He was a long-time member of St Patrick Parish in Rockford, and later, served as a lector at St Bernadette Parish. Ed is preceded in death by his wife; Jane, his parents, and sister; Harriet (Cecil) Phillips, brothers; Byron (Hilda), Dennis (Marion), and Charles.

A celebration of Ed’s life will be held at a later date.

Memorials may be made to the Medina Memorial Fund.

The family of Ed Hogan wishes to extend our sincere thanks to the entire staff of Medina Nursing Center for their loving care of our Mom and Dad.

To send flowers to the family or plant a tree in memory of Edwin C. Hogan, please visit our floral store.

You can still show your support by sending flowers directly to the family, or by planting a memorial tree in the memory of Edwin C. Hogan
Share a memory
© 2022 Honquest Family Funeral Homes. All Rights Reserved. Funeral Home website by CFS & TA | Terms of Use | Privacy Policy