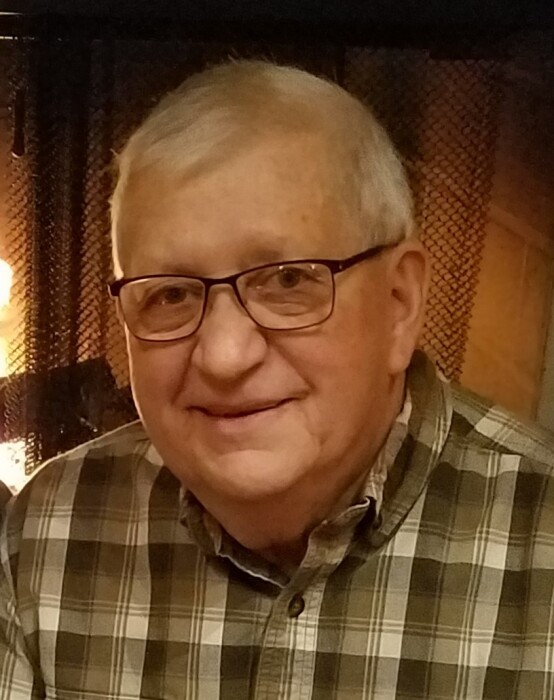 Edward "Mick" Michael McCollough, 79, of Roscoe, IL died Thursday, February 18, 2021 at his home after a brave battle with cancer. Born in Reels Valley (Tomah), Wisconsin on October 22, 1941 to Earl and Esther (Nemitz) McCollough. Married the love of his life, Dorothy "Dotty" Ann Hoernecke on January 17, 1970 in Stillman Valley, IL.  Ed moved to Rockford as a teenager, graduating from West High School in 1959.

Ed was in the US Marines from 1963-1969 working as a radio relay repairman and was honorably discharged with the rank of Corporal E4; awarded a Good Conduct Medal, National Defense Service Medal and Rifle Expert Badge. He worked as a hob grinder and then a truck driver at Barber Colman/Gleason Cutting Tools and retired after 45 years.  He is a member of the Northern Illinois Vintage Tractor and Engine Association.

Ed was an avid Boston Celtics fan and Green Bay Packer fan. He enjoyed wood working, restoring vintage tractors, camping, hiking, bike riding and going to flea markets. He loved his Harley motorcycle, our Quarter horses, Sprint Car racing, trivia games but mostly loved spending time with family and friends. He also liked to explore new places to eat and when on bike rides would often look for an ice cream shop or pie shop to stop at.

Ed is loved and will be missed by his wife of 51 years, Dorothy; brother, Thomas (Janene) McCollough of Roscoe, IL; sister, Joanne Pingel of Janesville, WI; several nieces and nephews; and other treasured family and friends. Predeceased by both parents; sisters, Monica McCollough and Judy Dennis; and brother Patrick McCollough.

Private family memorial to be held at a later date. In Ed’s memory, please consider a donation to Mercyhealth at Home (hospice).

To send flowers to the family or plant a tree in memory of Edward "Mick" Michael McCollough, please visit our floral store.

You can still show your support by sending flowers directly to the family, or by planting a memorial tree in the memory of Edward "Mick" Michael McCollough