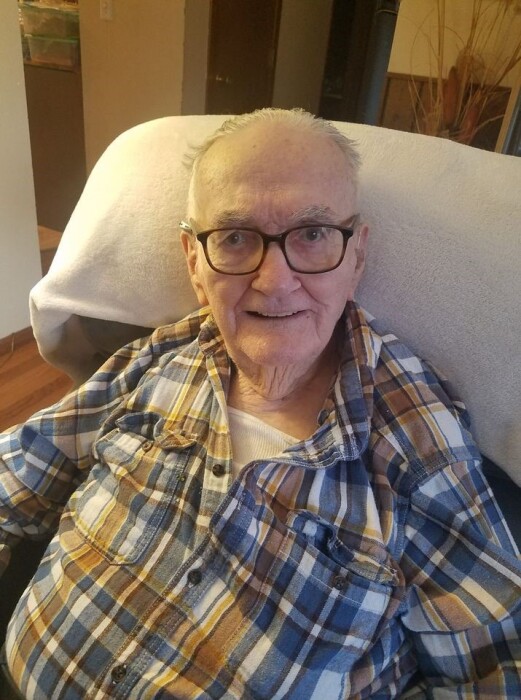 Charles J. "Chick" Dunlea, 99, of Machesney Park, passed away in his home peacefully October 1, 2020 surrounded by his family.

He was born on October 24, 1920 in Chicago, IL to Charles and Julia (Healy). Brother to Dennis, John and Mary (Wynne) all of Chicago, IL. Graduated from St. Phillips High School, Chicago, IL class of 1938.

Joined the Air Corps (Air Force) in 1943 where he spent 2 years. Served in WWII where he was a Tech Sergeant, a radio operator and a Gunner on a B-25 where he earned a Purple Heart. Chick flew in over 59 missions.

Married Kathleen Feehan on October 18, 1947. They were wed for 69 years. She predeceased him in September 2016. They adopted 2 children and lived in Chicago, IL, Kansas City, MO and eventually moved to Rockford, IL in 1957. Chick worked for Commercial Union Insurance until he retired. Upon retirement he volunteered at St. Anthony Hospital in Rockford, IL for over 15 years. An active member at Holy Family Catholic Church. He also enjoyed golfing and bridge.

To send flowers to the family or plant a tree in memory of Charles “Chick” J. Dunlea, please visit our floral store.