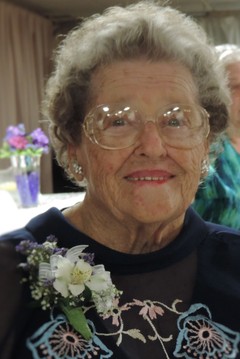 Carol Joyce Stenger, 82, of Roscoe, entered into eternal life on Sunday, November 2, 2014.  Born June 15, 1932, in Rockford to Henry and Esther Hanson.  Carol was raised in Rockford and graduated from East High School.  Carol married her high school sweetheart, Rod, in 1950.  They enjoyed 61 years together.  Carol was a devoted wife, mother, grandmother and great-grandmother.  She was a source of strength and support to all those around her.  She attended Hope Church in Roscoe.  She will be greatly missed.

Funeral service will be at 11:00am with a visitation from 10:30am until the service on Saturday, November 8, 2014 in Honquest Family Funeral Home with Crematory, Roscoe Chapel, 11342 Main Street, Roscoe.