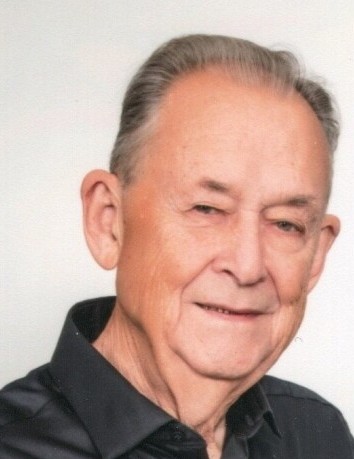 Alexander Krinickas Jr., 86, of Rockford, Illinois, passed away peacefully on April 6, 2021 surrounded by his loving family.  Born in Kaunas, Lithuania Alex moved to Berlin, Germany with his family in 1941 only to be caught up in World War II.  In 1950 his family was able to emigrate to the United States settling near Cleveland, Ohio.  There, Alex graduated from high school and Fenn College of Engineering (now Cleveland State University) with a B.S. in Electrical Engineering.  He found rewarding careers at Lear Siegler Inc. and Sundstrand Corporation primarily designing auxiliary power generation equipment for military and commercial aircraft applications.  He has his name on several patents for aerospace generators.

Alex was a founding member of the Rockford Yacht Club, meeting Barbara at the first annual Yacht Club picnic.  They were married in 1991 and shared many wonderful sails with the club and with their children.  Alex loved music – all types – from opera and classical to calypso and mariachi.  He enjoyed live theater and watching the news.  His memory of history was unmatched in the family.  He was a contemplative, intelligent, quiet, kind and generous gentleman.

He lived his life with strength and grace.  On his final day on earth, he was surrounded by his wife and five children, whom he adored more than anything in the world.

Alex joins his parents, Alexander Sr. and Victoria; sister, Ghila and brother, Arslan (Al). In accordance with his wishes, no funeral will be held.  A celebration of life will be held at a later date.  In lieu of flowers, donations/memorials can be made to Rock River Valley Pantry, 421 S. Rockton Ave. Rockford, IL 61102.

To send flowers to the family or plant a tree in memory of Alexander Krinickas, Jr., please visit our floral store.

You can still show your support by sending flowers directly to the family, or by planting a memorial tree in the memory of Alexander Krinickas, Jr.