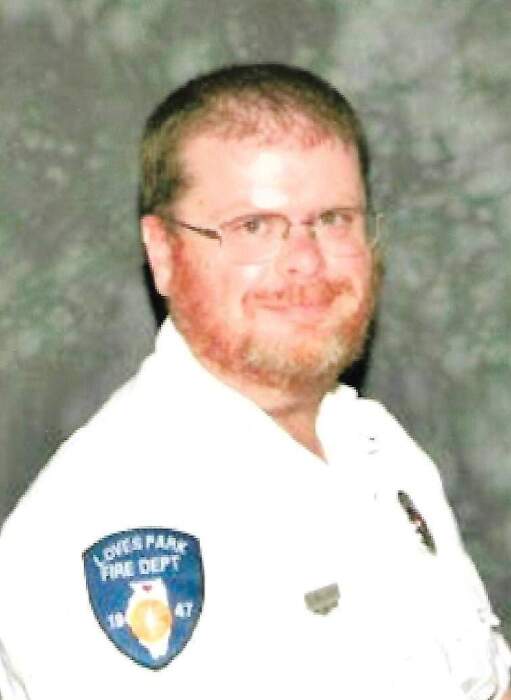 Adam L. Ballinger, 48, of Loves Park passed away on Wednesday, December 30, 2020. Adam was born December 29, 1972 in Belvidere, IL to Gary and Pearl (Meyers) Ballinger. He graduated from Harlem High School in 1991 and worked for Woodward, Inc. as an Operation Technician for the last 22 years. Adam joined the Loves Park Fire Department in 1992 and was assigned to Ladder Company 1854. In 2017 he retired from the Loves Park Fire Department as a Lieutenant after 25 years of service. Adam had a passion for fishing, spending time outdoors and reading. He was dedicated to family and friends whom he enjoyed spending time with and was willing to help them with whatever they needed. Adam’s proudest accomplishment was in March of 1999 when he obtained the title of Dad, after the birth of his son and only child, Jaecik Ballinger. Anyone who knew Adam would tell you he was a proud father who loved his son dearly.

A walk-through visitation will be held on Friday, January 8, 2020 from 4:00pm to 7:00pm in Honquest Family Funeral Home with Crematory, 4311 N. Mulford Road, Loves Park, IL 61111. In lieu of flowers, donations can be given to the American Heart Association.

To send flowers to the family or plant a tree in memory of Adam L. Ballinger, please visit our floral store.