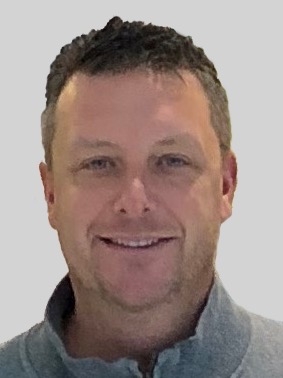 Ryan Driscoll, 44, of Roscoe, Illinois, passed away Wednesday, December 5, 2018. Ryan was born April 29, 1974, in Elgin, Illinois, the son of Patrick and Theresa Driscoll, and spent his youth in Cedar Rapids, Iowa. He married his high school sweetheart, Kerry (Gjerstad) on July 29, 2000, following an eleven year courtship. Together, they built their family in Roscoe with daughters Mia (14), and Tessa (10).  In college, Ryan played quarterback for his beloved Iowa Hawkeyes. He graduated with a Bachelor’s degree in Sociology from The University of Iowa. He went on to a career with Medtronic Team Spine.  His most cherished titles, however, were that of husband, father, best friend, and coach. He could always be heard on the sidelines of any game in which Mia or Tessa were playing.

He brought joy and laughter into every room he walked into. Ryan never knew a stranger; to know him was to be his friend. Ryan will be remembered and forever cherished for his big heart, infectious giggle and devotion to others. At his happiest, Ryan could be found on the golf course, cheering for his Hawkeyes, spending time in Galena, and above all, being with his family.

There will be a celebration of Ryan’s life Friday, December 14, 2018 at the The Pavilion at Aldeen Golf Club, 1902 Reid Farm Road in Rockford from 6-10 p.m.  In lieu of flowers, the family requests donations be made in Ryan’s name to The University of Iowa Stead Family Children’s Hospital. The Dance Marathon and the UI Wave tradition held a special place in his heart.  Financial gifts can be made online or mailed to:  University of Iowa Center for Advancement, c/o UI Stead Family Children’s Hospital Fund, PO Box 4550, Iowa City, IA 52244-4550. Honquest Family Funeral Home with Crematory, Roscoe Chapel, 11342 Main Street, Roscoe, Illinois is honored to assisted the family with arrangements.  For online condolences, visit www.honquestfh.com

To send flowers to the family or plant a tree in memory of Ryan Driscoll, please visit our floral store.