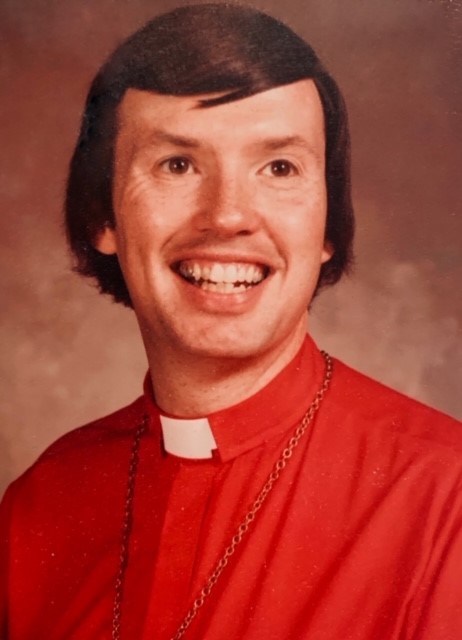 Robert Baron Schaeffer, a man whose smile was contagious, whose gentle spirit brought joy to so many and whose kind heart was evident to all who met him, departed from his earthly life on September 29, 2019 surrounded in love by his family. His heart was at peace and he answered his heavenly Father’s call home. Those who had the chance to meet Pastor Bob, even for a short time, were touched by his true joyful spirit. Robert B. Schaeffer was born on May 24, 1943 to August “Ted” and Ora Schaeffer in St. Louis, MO. He met and married his soul mate, partner, and best friend, Betty Schaeffer on July 8, 1972.

Bob and Betty were blessed with three children, Carole Joy, Amy Picardi, and Jonathan (Erin) Schaeffer; grandchildren, Sean Hynek, Aidan and Tyler Sierra, and Evan and Charlotte Schaeffer. Bob dearly loved his children and grandchildren and each carry unique attributes from him, whether it be musical talents, tenderheartedness, or a light-up-the-room smile. Robert is also survived by sister-in-law, Anne (James) Schaeffer and many family in faith. He was preceded in death by his father, Ted; mother, Ora Schaeffer; brother, James (Anne) Schaeffer; and nephew, Terry Schaeffer.

The things Robert clung to, no matter what else was lost, were faith, family and music. As Martin Luther once said “Next to the Word of God, music deserves the highest praise.” Pastor Bob exemplified this! He served as a Lutheran Church Missouri Synod minister in Minnesota and Illinois and had incredible passion for preaching and teaching. He enjoyed sharing the messages of hope and forgiveness. His sermons were always full of stories and his exuberance for the Lord was evident to anyone who heard him preach. He once led a tour of the Holy Land and came back profoundly moved by walking in the steps of his Lord. Bob didn’t just love music; he was exceptionally talented at both organ and piano and could also sing beautifully. He once had the privilege to play Bach’s organ in Leipzig, Germany and we’re sure Bach was impressed.

There were so many lives he touched; he would shed light, love and hope for those who struggled and his genuine care was undeniable. Even after he retired from the ministry, he continued to spread joy and laughter to people through his work as a record setting fundraiser for the Muscular Dystrophy Association and later through his work at Walgreens.

Robert Schaeffer truly adored his family. He was an encouraging father who took great pride in each of his children and grandchildren. You knew you could count on him to be there, cheering you on. He and his wife, Betty, were devoted to one another with the kind of love that endures all and is built on faith. He always knew his Betty and she was his greatest advocate and champion. His last years included a valiant struggle with dementia and a series of strokes, but his spirit and body stayed strong until the very end. We were frequently amazed by his ability to play the piano and organ beautifully, even when so much else had been taken. His heart was so big that even this devastating diagnosis could not diminish his joy or his love. Robert’s face would light up whenever he heard the voice of close family and friends and he was blessed to be surrounded by the love of his dearest family through his final days with us on earth. We now have hope in his eternal life.

A celebration of Bob’s life will be held at 2:00 p.m. on Saturday, October 5, 2019 in Mount Olive Lutheran Church, 2001 N. Alpine Rd., Rockford, with family greeting friends and visitors prior to the service at 1 p.m.  A reception will immediately follow the service at the church. You are encouraged to wear something red, Bob’s favorite color. Please bring your smiles and laughter with your Kleenex. Bob was always making people laugh, even if it was at how very bad the pun was! Robert Schaeffer didn’t live one day without finding something he could smile about and we know it will bring him great joy in Heaven to see all the people he loves smiling in his honor.

To send flowers to the family or plant a tree in memory of Robert Baron Schaeffer, please visit our floral store.