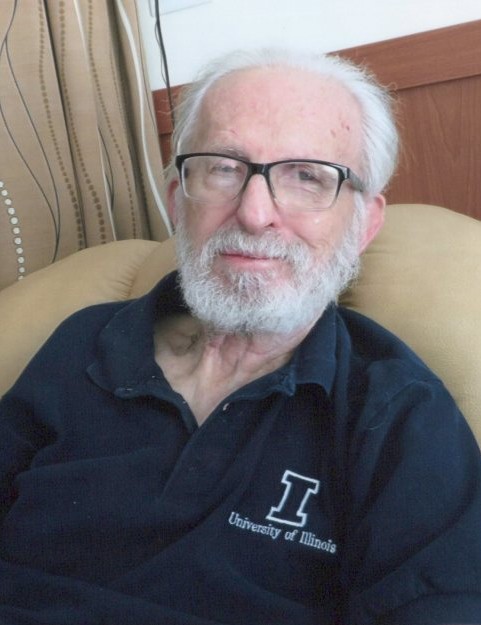 Robert Arthur Renk, 81, of Rockford, passed away Monday, August 26, 2019. He was born on September 29, 1937 in Chicago to Hugo and Wilma Renk. Bob grew up in Kalamazoo, Michigan playing coronet in the Kalamazoo Central High School marching band and piano in a dance band trio. He majored in English Literature at Kalamazoo College where he was editor of the college newspaper and spent a summer studying Shakespeare in London. He attended Cornell University for his master's degree and then went on to Coe College in Cedar Rapids, Iowa where he taught English and was director of the Upward Bound program. Bob married Mary Ann Wise in 1960 and they had a son, William Sidney Renk in 1964 who is now a pediatrician in Rockford, Illinois. Bob went on to teach adult education at Kirkwood Community College. He also taught at A&M University and at Trinity Valley Junior College in Athens, Texas until he retired and moved to Rockford, Illinois in 2004. His extensive collection of books and movies will be donated to Independence Village.

No services are to be held at this time.

No services will be held
Share a memory
© 2020 Honquest Family Funeral Homes. All Rights Reserved. Funeral Home website by CFS