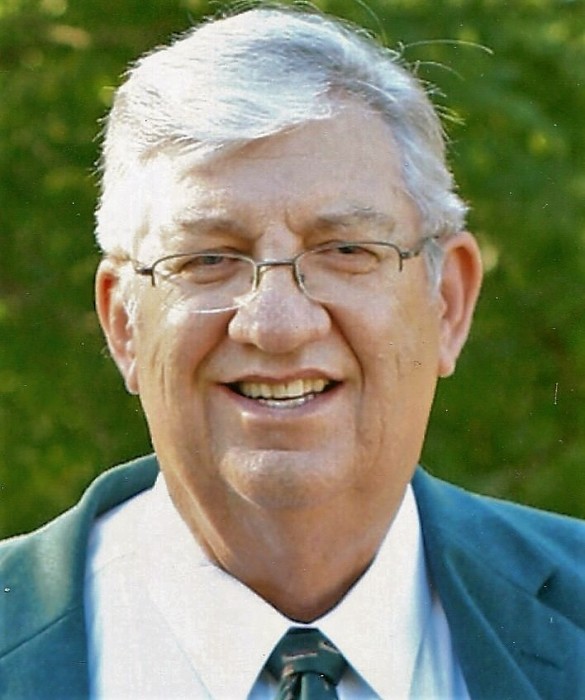 Dale came into this world on June 21st, 1950 in Rockford, Illinois to the late Thomas Owen and Aubrey Neal (Sharp) Spurlock. He graduated from Guilford High School and was drafted to serve his country during the Vietnam War. Dale served honorably as a medical corpsman with the United States Army and returned home to his family in the fall of 1971. Dale married the love of his life, Donna Kay Howery, in summer of 1974.They spent their life and raised their family together, within the Rock River Valley. Dale spent the majority of his early career as a skilled tool maker and machinist, until retiring from the profession in the mid-1990’s.

Dale and his wife Donna committed their lives to the Lord in 1980, beginning a life devoted to God’s work that would span almost 40 years. Dale received his call into the ministry while attending Silver Hill Pentecostal Church. He continued his work assisting at the Word of Life Tabernacle in Belvidere, IL, until founding and pastoring New Life Tabernacle Church in Roscoe, IL. Dale developed health issues, which would eventually lead to him receiving a heart transplant in 1995. Despite his severe health issues, he continued to serve within the ministry at various capacities, including many years at First Born Ministries of Loves Park, IL and at the New Life Pentecostal Church of Harvard, IL. After his health stabilized, Dale pastored the New Life congregation until his retirement in 2006. He would continue his ministry serving as senior advisor to the Rev. Rocky Nolan and remained a member of the New Life congregation until his passing.

Dale’s faith, patriotism, and war-time service inspired him to continue to serve his fellow veterans and communities. He worked tirelessly for decades as a volunteer, chaplain, advocate, advisor, and counselor. He worked in numerous programs within the Department of Veteran Affairs, the Vietnam Veterans of America Chapter 0984, and Point Man International Ministries. Dale was also a member of the VFW Post 2955 and the American Legion Post 288.

While Dale’s greatest passion was serving others, his most treasured moments were those spent with family and friends. He found very few joys in life greater than boating and fishing with his brothers, nephews, son, and pals, poolside barbeques at home, and fellowship with friends over a meal, dessert, or coffee.

Dale was preceded in passing by his father, Thomas; mother, Aubrey; and beloved sister, Barbara. He is survived and endeared by his wife, Donna; his two children, Tina (Joe) Tierney and Jeff (Anna) Spurlock; his sister, Anita (Virgil) Collins; his brothers, Tom (Karen), Rob (Sarah) and Steve (Brenda); and many cousins, nieces, and nephews. Dale is also survived by his three adored granddaughters, Hollie, Savannah, and Marianna Mae; his precious great-granddaughters, Skylar, Addelyn, Harper, and Hailey; his much loved great-grandson, Gage; and his darling Yorkie, Winnie.

Loving gratitude would like to be tendered to the countless many who touched Dale’s life and the cherished friends and saints who illuminated his way. Special thanks to those within the ministry including Rev. Robert and Joann Bailey, Rev. Bruce and Pam Peffer, Rev. Pat and Bernice Giles, Rev. Arlis and Kitty Rapier, Rev. Wendell and Robin Maynard, and our family’s rock through these times, the Rev. Rocky and Loretta Nolan. Additional thanks to the UW Madison team of doctors, especially Dale’s heart transplant nurse, Karen; Swedish American Home Care and Agrace Hospice Care, as well as friends and neighbors who have reached out to the family.

A visitation will be held on Friday, March 8, 2019 from 5-8pm and on Saturday from 10-11am in Honquest Family Funeral Homes with Crematory, Mulford Chapel, 4311 North Mulford Rd., Loves Park, IL 61111. A funeral service will follow at 11am with a graveside service at 3pm within the Scottish Argyle Cemetery, 8901 Picken Rd., Caledonia, IL.

To send flowers to the family or plant a tree in memory of Rev. Dale O. Spurlock, please visit our floral store.