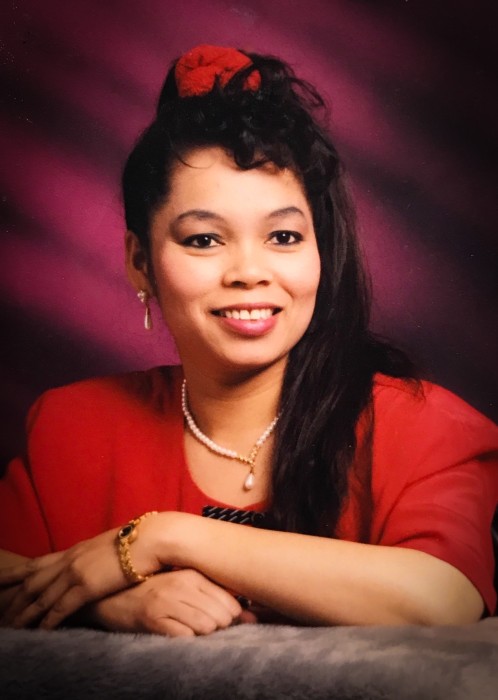 Mercedes Paraiso Pickering, affectionately known as “Mercy” was born  on September 24, 1964 in Minglanilla Cebu, Philippines to Fidel Paraiso & Alberta Mañacap, who both preceded her in death. Mercy was diagnosed with Stage IV Liver and Gallbladder cancer in July of 2019 at Mercy Health in Rockford, IL.  She traveled to Baltimore, Maryland to get a second opinion at the nation’s top 3rd hosptial, Johns Hopkins, but ended up passing 3 weeks later at hospice in Towson, Maryland.  Mercy departed this life and became our guardian angel on Monday, August 26, 2019.

She received her education at Tubod in Minglanilla, Cebu, Philippines. At the age of 8, after her mother’s sudden death giving birth to her sister who did not survive, Mercy took on the responsibility of taking care of her younger siblings & helping with their family’s farm in Tungkil, Minglanilla, Cebu. Mercy has always been a hard worker. From working at Ramos Fish Market with her older sister Perpe, to selling bread at a local bakery (that’s where her love for bread began) and working on the farm with her siblings, Mercy was always on the go.

In 1983 She met the love of her life Thomas Seidel in the Philippines and they married in 1985. Tom brought Mercy to America 6 months pregnant with Jenny in 1988, where they settled in Minot, North Dakota & had their daughter Jennifer Marie Seidel. Mercy received her U.S. citizenship in 1991. From (1991-2000) Mercy worked at Minot AFB Dining Hall which was located on the air force base that Tom was enlisted in. In 1994 Mercedes divorced & met Robert Hudson Jr. in the dining hall on the base. A year later they had their daughter Karimah Ann Hudson. Mercy & Tom later reunited and moved to Roscoe, IL with their daughter Jenny in 2000. There she found employment at Taco Bell in Loves Park, IL where she was a rock for 19 years! Mercy loved her Taco Bell coworkers like family.

To know Mercy was to love her. She was so generous, so selfless and full of love; she always saw the best in people even when they didn’t deserve it; a true beautiful soul. Mercy really enjoyed playing cards with friends & listening to her favorite Filipino singer Sharon Cuneta, but her passion was cooking. She was the hostess with the mostest and loved cooking meals like pancit and chicken adobo for her family and friends and was especially known for her famous egg rolls, there was never a person who tried it who didn’t like it! Every meal she prepared was made with love and she passed that down to her girls. Mercy always dreamed of having her own restaurant someday. While ill, she discussed that dream with her youngest daughter Karimah and they came up with a menu and the name “Mercy’s Kitchen” and instructed her to sell dinners to help raise money for medical and end-of-life expenses. “Mercy’s Kitchen” will be carried on in her honor.

Memorial service will be held at 2:30 p.m. Saturday, September 7, 2019 in Honquest Family Funeral Home with Crematory - Mulford Chapel, 4311 N. Mulford Road, Loves Park with a visitation from 1:30 p.m. until time of service.