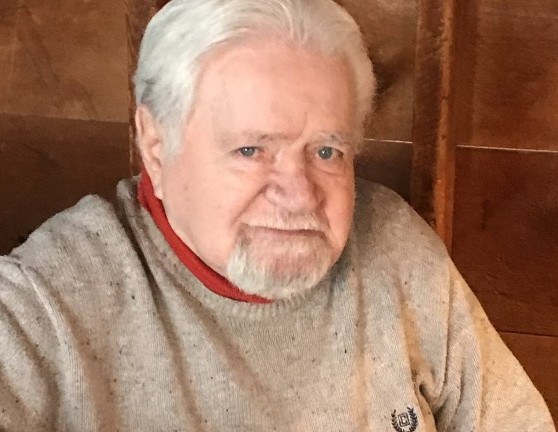 L. Gary Popham, 81, was lifted up to Heaven on January 1, 2020 after years of battling numerous health conditions. He was born in Rockford, IL at Swedish American Hospital to Howard V. Popham and Winnifred E. (Lindgren) Popham on April 23,1938 and raised in Cherry Valley, IL. Gary graduated from East High School in 1960 and went on to serve in the United States Army as a radio communication’s instructor from 1961-1963 when he was honorably discharged. He then began his career in the shoe department at Weise’s Department Store where he worked for several years before becoming a realtor at Whitehead Realtors. After retirement he enjoyed working part- time at Broadway Florist.

Gary enjoyed attending City First Church on Sunday Mornings with his family. He was an avid Chicago Cubs and Chicago Bears fan. His pastimes included playing golf, taking his sailboat on Pierce Lake at Rock Cut State Park, camping, and traveling. His favorite trips were to Colorado and Ireland. Being surrounded by family and being involved in all family activities was very important to him. He was an animal lover and enjoyed being outdoors.

The family wishes to thank all of the medical staff that helped care for him over the past couple of months at Swedish American Heart Hospital, Alden Debes, and Javon Bea Mercy Health Hospital.

Celebration of life services will be held at the City First Church, Leadership College Chapel, located at 5770 Spring Creek Road, Rockford, which is a separate building west of the main church, on Saturday, January 11, 2020. Visitation will be from 10:00 a.m. to 11:00 a.m. with a service immediately following. In lieu of flowers, any monetary donations received will go towards a memorial to be determined at a later date.

To send flowers to the family or plant a tree in memory of L. Gary Popham, please visit our floral store.