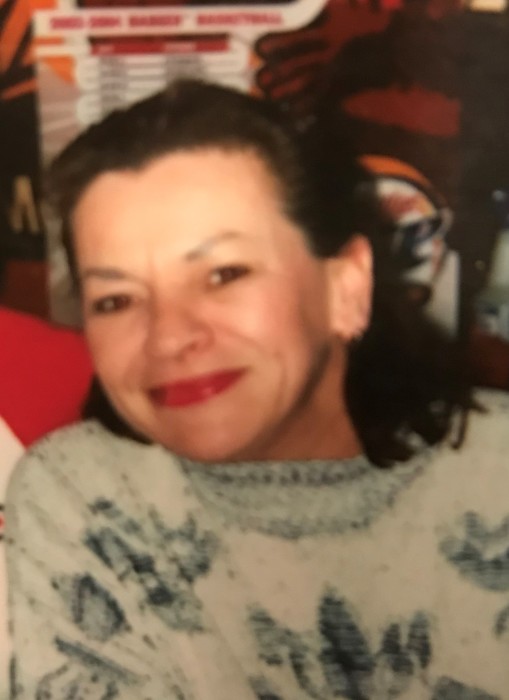 Joan T. (Manderfield) Moore, 62, resident of South Beloit, Illinois, (formerly of Atlantic Mine, MI) passed away unexpectedly on the evening of Easter Sunday, April 21, 2019, shortly after being admitted to Beloit Memorial Hospital in Beloit, Wisconsin. Joan was born on May 24, 1956, to Florence & Matt Manderfield Sr. of Atlantic Mine, Michigan. Joan was one of six daughters of a family of 12 children. Born and raised in the Atlantic Mine-Houghton area, of Upper Michigan. Joan attended St. Ignatius Loyola Catholic School and Houghton High School with the Class of 1974. Her true blessing was when her oldest daughter, Amanda, was born in the Copper Country. Later she met and married Jeff Moore. Together, they resided several years in Lake Linden, MI before relocating to Roscoe, Illinois, where her second beautiful daughter, Bethany, was born. Joan was a devoted mother who absolutely adored her daughters. They were her life. Joan lived the majority of adulthood in Illinois, prior to returning to Atlantic Mine in 2008 to help care for her mother. She was employed all of her life in various positions and took pride working in the hospitality industry which included serving, cooking, foods service and caregiving.  Joan was employed at Michigan Tech’- McNair Hall, where she always enjoyed meeting new people, and making new friends. She was last employed as a caregiver. Those who were closest to Joan knew her as an outgoing, fun loving, compassionate, humorous and nurturing kind of person with a genuine love for life, always making the best of what she had. Joan was known for her lifetime love for horses, collecting horse statues, and had a naturally gifted artistic talent for (and loved) drawing them. Joan enjoyed visiting stables, farms and taking opportunity to ride whenever she could. One of Joan’s happiest days was when her parents gave her a gorgeous brown quarter horse for her 13th Birthday; “Marnie” soon became a neighborhood icon. Joan had an unending appreciation and respect for her pets and most animals, she often opened her home to a stray. One of Joan’s favorite past-times was spending time at the family camp at Sandy Lake in Winona, MI, crocheting and gardening. She was also a skilled homemaker. But, most of all she enjoyed her grandchildren. In 2012, Joan relocated back to Illinois to be near her daughters and grandchildren.

She is survived by her daughters, Amanda (Bryce) Herrington and Bethany Moore, of Beloit and South Beloit, Illinois; her darling granddaughter, Addie Herrington (12); two handsome grandsons, Chase (10) & James (8) Herrington; five sisters, Judy (Fred) Coxen of Warren, MI, Rosemary Manderfield of Houghton, MI, Paula (David Gilstrap) of Lansing, MI, Cecilia (Gary) Bakkila of Chassell, and Sue (Michael) Johnson of Painesdale; her five brothers, Matt Manderfield, James Manderfield & Michael (Cynthia) Manderfield all of Atlantic Mine, MI and David (Kathy) Manderfield & Pete (Leslie) Manderfield both of Houghton, MI; and by numerous nieces and nephews all of who she loved dearly, along with numerous cousins and many friends near and far. Joan was preceded in death by her parents; oldest brother, Victor Manderfield; a niece, Andrea Jones; and numerous aunts and uncles.

A memorial visitation will be held on Saturday, May 11, 2019 from 1:00 p.m. to 3:00 p.m. at the Honquest Family Funeral Homes with Crematory, Roscoe Chapel, 11342 Main St., Roscoe, IL 61073. A Memorial Celebration of Joan’s life, with friends and relatives to join them, is planned to be held in Houghton, MI to be announced at a later date. Interment burial will be at the Forest Hill Cemetery, in Houghton.

To send flowers to the family or plant a tree in memory of Joan T. Moore, please visit our floral store.