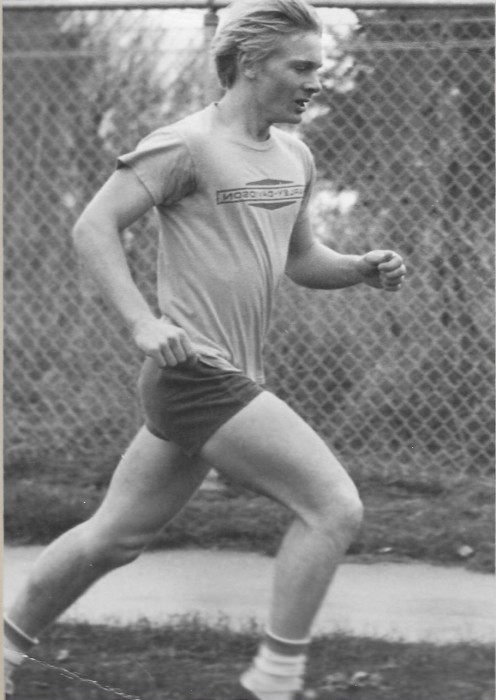 Dale Roy Lang has fought the good fight. He has finished the race. He has kept the faith. Surrounded by his loving family, Dale entered his heavenly home on November 17, 2019 after a long battle with brain cancer. Dale was born in Rockford, IL on October 25, 1953 to Laurence V. and Margaret M. (Richert) Lang.

His spiritual journey began at age thirteen at Camp Willabay when he prayed with Pastor Charlie Firman and accepted Christ as his Savior. In his late teens, he affirmed this decision with full commitment and surrender to his Lord Jesus which influenced many future decisions. Years later he would become a camp counselor himself and lead many other young men to Christ in a similar camp environment.

After graduating from Rockford West High School, he chose to attend Grace University in Omaha, NE, where he met his college sweetheart, Janice Kay Flaming. They were married on July 13, 1974. They have been blessed with three children and six precious grandchildren.

He graduated in 1976 from Grace University with a degree in Christian Education and continued his education at Trinity Evangelical University, Deerfield, IL. After an internship under Pastor Jim Forstrom at First Evangelical Free Church, he went on to serve as youth pastor at Elim Baptist Church, Rockford, IL.

In 1978 he began his career in the insurance industry. He worked for a number of independent agencies and eventually, in 2004, started Dale Lang Agency, Inc. He was a member of the Society of Certified Insurance Counselors for more than 20 years. He was well-respected by his peers for his high degree of integrity, both personal and professional. He always strove to operate his business in a manner that would honor God even if it meant losing a sale.

He was a lifelong student of the scriptures and a gifted Bible teacher whose spiritual gift was “proclaiming truth.” For several years he taught the Biblical Worldview Class at Maywood Evangelical Free Church. His passion for teaching included topics of Creation, End Times, Israel and Prophecy. He also taught an in-home Bible study for more than a decade.

Dale was passionate about his family traditions whether it be Friday night pizza or the annual Labor Day trip to the Michigan Dunes. Family fun times included camping, travel, spontaneous outings to discover new eateries and cheering on his favorite teams, the Green Bay Packers, Chicago Cubs and the Wisconsin Badgers. His love of the outdoors was celebrated while biking, golfing, hiking and even camping in the Grand Canyon.

Dale’s lifelong love of running was birthed as a student when he joined the West High Cross County Team. He became an avid runner, logging over 20,000 running miles in numerous races, including 12 marathons (six in Chicago and one in St. Louis). He even tackled a 50-miler.

He loved to laugh and joke with his many friends and believed it was funny no matter how many times he retold it. Certainly smiles will rise in days ahead as friends and family recall his many Dale-isms: “Woulda-Coulda-Shoulda,” “Let’s not and say we did,” “It was a good sermon, it just didn’t apply to me”, just to name a few.

He prized his family. He loved playing with and enjoying his precious grandchildren and supporting their participation in sports and activities. He was so grateful that each of his children is living a life committed to Christ. He was so thankful that each of his grandchildren is being raised in the ways of the Lord. He was thankful and proud that his grandson, Gabriel, chose to be baptized recently.

In one of their final devotional times together they read Psalms 33:20-22: “Our souls wait for the Lord, He is our help and our shield, For our heart rejoices in Him, Because we trust in His holy name. Let Your loving kindness, O Lord, be upon us, According as we have hoped in You.” That morning Dale concluded with an unusually long prayer, pouring his heart out before the Lord, proclaiming “things will grow dim in the light of His Glory and Grace.” And thus it has, as he is now in the midst of that Glory and Grace. Well done, Dale, good and faithful servant.

To send flowers to the family or plant a tree in memory of Dale R. Lang, please visit our floral store.