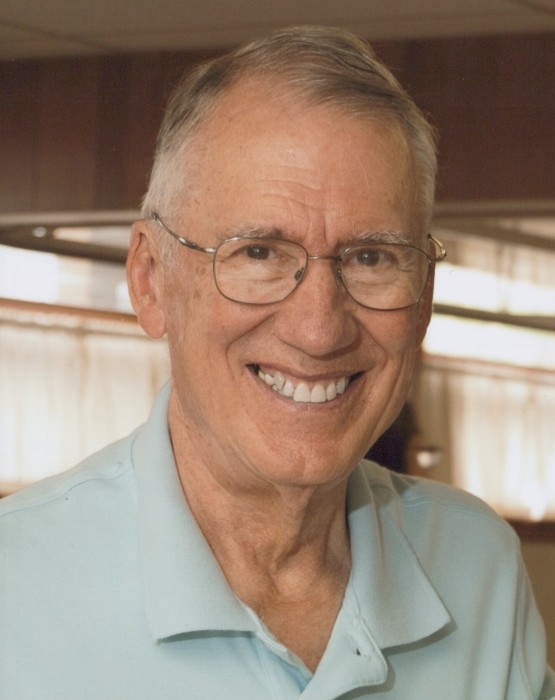 Don Mundell, 83, of Rockford, passed away on October 9, 2019. He was born on January 3, 1936 in Rockford, IL to Clifton D. Mundell Sr. and Verda (Reynolds) Mundell. He grew up on the west side of Rockford attending Church elementary school, Roosevelt junior high, and Rockford West high school. He graduated in 1953 with honors in ROTC and Band playing the French horn. He then attended Brown’s Business College and received an associate degree after two years.

While in high school Don worked for Sears assembling bicycles. After his Brown’s schooling he began working for Lanstrom Furniture until they closed their business. In 1957 he started working at J.L. Clark manufacturing company (later a division of Clarcor) and retired in 2002 after 45 years of service. He was drafted into the US Army in 1958 and served for two years stationed in Germany as an accountant doing payroll. After his term was complete, he remained in the reserves for two more years finishing his service in 1962.

After Don completed his military service in Germany and returned state side, he met Bonnie Raynard at a Youth for Christ event and they began dating. A year later they were married on June 10, 1961 in Mission, Kansas, and celebrated their 58th wedding anniversary this year. They started their family five years later with Cindy and then added Kevin two years later and then Todd six years after that.

Growing up he was a member of First Baptist Church in Rockford where he won numerous Sunday school attendance awards. He was actively involved in Youth for Christ and served on the board of directors for several years. He was a member at Elim Baptist Church and was treasurer, Church Chair, Deacon, ran the church sound system, and occasionally sang in the choir. Later in life he was a member of Rock Valley Bible Church. He also did some volunteer accounting work for Child Evangelism Fellowship.

Don enjoyed model railroading and trains of all kinds. He got his first Lionel set when he worked at Sears in high school and then added a German HO set while in the service and in retirement built an N scale layout in his basement. He loved going to model railroad shows or stopping for trains when driving. He also loved reading fiction such as Christian romances, westerns, whatever he could get his hands on. He was a fast reader and could, when he wanted to, read a novel a day. He was also a tinkerer. If something broke in the house, he had to take it apart to see how it worked and if he could fix it. If he couldn’t fix it, he would then scrap it for every part he thought he could re-use some other day for another project. He also had a childhood pencil collection and a Toy Farm implement collection.

A celebration of Don's life will be held on Wednesday, October 16, 2019 at 4:00 p.m. with visitation from 2:00 p.m. until time of service at Rock Valley Bible Church, 7721 N. Alpine Rd., Loves Park, IL 61111 with Rev. Larry Pauley officiating. In lieu of flowers, a memorial is set up to Child Evangelism Fellowship or Rock Valley Bible Church.

To send flowers to the family or plant a tree in memory of Clifton "Don" Mundell, Jr., please visit our floral store.