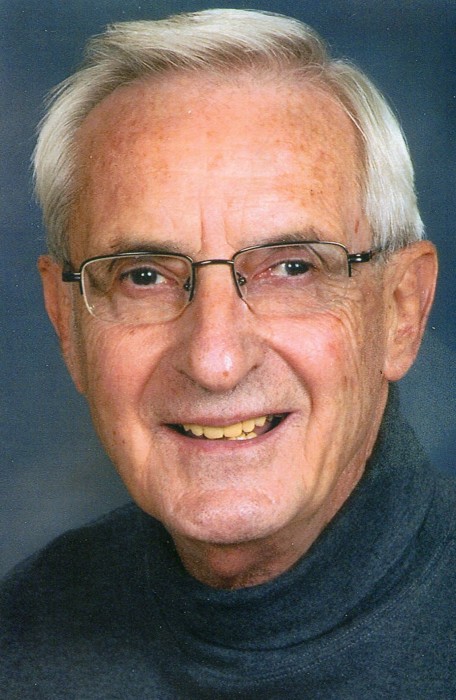 Claude C. Zuba, 88, of Rockford, died Monday, April 8, 2019 due to complications of Parkinson's. He was born on April 6, 1931 in Brooklyn, New York to Clyde and Irene (Mance) Zuba. He married Angeline McInerney in Chicago on September 25, 1954. Claude graduated from Notre Dame University, cum laude and was a two year Veteran of the United States Army. He spent 45 years in the practice of public accounting and was involved in the Illinois Society of Certified Public Accountants and the American Institute of Certified Public Accountants. Claude was on the Board of Directors at Christ the Carpenter Day Care Center, St. James Board of Education, Junior Achievement, Catholic Social Services, United Way, Hunger Connection, Youth for Christ and the Rockford Area Chamber of Commerce. He was the past Director and Finance Chairman of Rockford Catholic Board of Education and past President of St. James Parish Council. Claude had a passion for gardening, especially raising Dahlias. He was a die hard Notre Dame fan and avid Chicago White Sox fan. Claude considered his greatest gifts to be the knowledge that God loved him; his wife, Ange; and his beloved children, grandchildren and great-grandchildren.