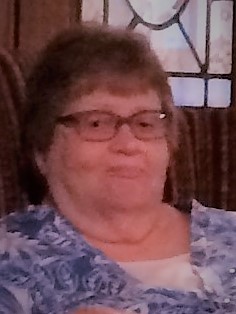 Barbara J. (Weiser) Medlar, 81, of Rockford, IL passed away Tuesday, October 8, 2019. She was born April 10, 1938 in Dixon, IL to George Weiser and Avis Gordon. Barbara graduated from Dixon High School and attended the Rockford School of Business. Barbara married Lloyd Medlar on May 17, 1957 in Dixon, IL. Barbara was a stay at home mom who was active in the PTA and was a Girl Scout leader for many years. Later, Barbara worked as a manager at Edgebrook Pharmacy and at a downtown pharmacy. Barbara volunteered at OSF St. Anthony Medical Center for many years and was awarded a service pin for her hours of volunteer service. Barbara was always there for her children, grandchildren and great-grandchildren. Barbara’s beloved dog, Mattie was a great comfort to her in later years when her health was failing.

Barbara is survived by her husband, Lloyd of Rockford; her daughters, Deborah (Theodore) Peterson and Laurie (Andrew) McLain of Rockford; her brother, George of Dixon; grandchildren, John and Michael Komarec of Roscoe, Theresa McLain and Christopher (Davan) McLain of Rockford; and great-grandchildren, Kory Barnett, Jaquela Barnett, Ariel Komarec, Daniel Komarec, Angel McLain and Salem McLain, all of Rockford. Barbara is predeceased by her parents; her sister-in-law, Susan Weiser; her daughter, Pamela Komarec; and son-in-law, Tajic Komarec.

A special thank you to the hospice staff, especially Cheryl and Paula.

Funeral service will be held at 10:00 a.m. Monday, October 14, 2019 in Honquest Family Funeral Home with Crematory – Mulford Chapel, 4311 N. Mulford Road, Loves Park. Burial in Scandinavian Cemetery, Rockford. A visitation will be held from 2:00 p.m. – 4:00 p.m. Sunday, October 13, 2019 in the funeral home and again Monday from 9:30 a.m. until time of service. In lieu of flowers memorials may be given to Salem Lutheran Church or American Cancer Society.

To send flowers to the family or plant a tree in memory of Barbara J. (Weiser) Medlar, please visit our floral store.