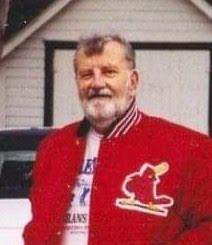 Arthur W. Simpson, 86, of Rockford, IL passed away in his home on Sunday, August 25, 2019 surrounded by his family. He was born January 16, 1933 to Charles and Muriel (Alberts) Simpson in Rockford, IL. He loved his family and life itself and it showed through his dedication to his family and friends. Art never knew a stranger, his ability to love and touch people was his greatest gift. He truly was an amazing father, brother, uncle, friend and mentor and was known for his ability to answer any question. He was a lifelong St. Louis Cardinals fan and an avid Chicago Bears fan. He was a self-taught draftsman and worked at Beloit Corp., Greenlee and Ingersol. He enlisted in the US Army at 17 and served in the Korean War receiving 2 Purple Hearts and 2 Bronze Stars among many other medals.